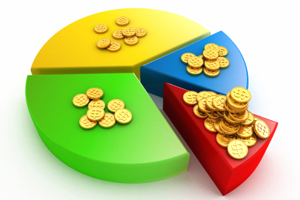 March 5, 2014 By Robert Schmidt as published in his blog at  www.propertymetrics.com

Before we go over each of the components of NOI, let’s first take a quick detour into the world of commercial real estate leases. Lease analysis is the first step in analyzing any income-producing property since it identifies both the main source of income as well as who pays for which expenses. As you can see from the net operating income formula above, understanding this is essential to calculating NOI.

While there are many industry terms for different real estate leases, such as the modified gross lease, triple net lease, or the full service lease, it’s important to understand that these terms all have various meanings depending on who you are talking to and which part of the world you are in. It’s critical to remember that you must read each individual lease in order to fully understand its structure.

At a high level, leases can be viewed on a spectrum of possible structures. On the one hand you have absolute gross leases where the owner pays all of the operating expenses related to the property. On the other hand you have absolute net leases, where the tenant is required to pay all operating expenses. Everything else falls in between these two extremes and is considered a negotiated or hybrid lease.

Vacancy and Credit Losses – Vacancy and credit losses consist of income lost due to tenants vacating the property and/or tenants defaulting (not paying) their lease payments. For the purposes of calculating NOI, the vacancy factor can be calculated based on current lease expirations as well as market driven figures using comparable property vacancies.

Effective Rental Income – Effective rental income in the net operating income formula above is simply potential rental income less vacancy and credit losses. This is the amount of rental income that the owner can reasonably expect to collect.

Other Income – A property may also collect income other than rent derived from the space tenants occupy. This is classified as Other Income, and could include billboard/signage, parking, laundry, vending, etc.

It’s also important to note that there are some expenses that are typically excluded from the net operating income figure.

Debt Service – Financing costs are specific to the owner/investor and as such are not included in calculating NOI.

Depreciation – Depreciation is not an actual cash outflow, but rather an accounting entry and therefore is not included in the NOI calculation.

Income Taxes – Since income taxes are specific to the owner/investor they are also excluded from the net operating income calculation.

Tenant Improvements – Tenant improvements, often abbreviated as just “TI”, include construction within a tenants usable space to make the space viable for the tenant’s specific use.

Leasing Commissions – Commissions are the fees paid to real estate agents/brokers involved in leasing the space.

Reserves for Replacement – Reserves are funds set aside for major future maintenance items, such as a roof replacement, or air conditioning repair. While the textbook definitions of NOI usually exclude reserves from the NOI calculation, in practice many analysts actually do include reserves for replacement in NOI. For example, most lenders will include reserves for replacement into the NOI calculation for determining debt service coverage and the maximum loan amount. This makes sense because lenders need to understand the ability of a property to service debt, which of course has to take into account required capital expenses to keep the property competitive in the marketplace.

While many of the above items are almost always excluded from net operating income, it’s important to remember that some are open to interpretation depending on the context. Keep this in mind when building your own proformas and when evaluating NOI calculations performed by others.

The following is an example of a typical real estate proforma that would be commonly used by lenders, investors, developers, brokers and appraisers. It breaks out how net operating income is calculated and presented for an example warehouse property.

shown above the net operating income line follows the above NOI formula by deducting vacancy and credit loss from gross potential rental income, then subtracting out all operating expenses. Also, note that the debt service and leasing commission expenses are not included in the NOI calculation.